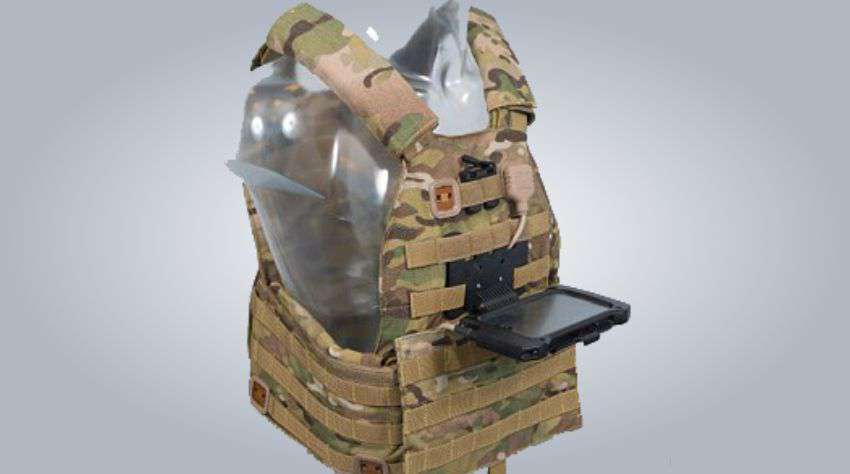 BAE systems plc. and integrated technology limited, headquartered in London, are developing a fabric which will keep us away from clutter of wires, which can be used to charge and connect devices. Gone are the days when military personals used to carry heavy backpacks of devices and batteries. According to an estimate 40 percent of weight can be reduced.

BAE system used technology called broadsword spine, which means fabric will have its own electronic circuit and batteries within itself. It consist of e-textile based layer. Actually it uses conductive fabrics rather than wires and cables.

Once connected to users, clothing creates invisible electronic network and power supply. It is very rigid so it can be used in difficult terrain like disaster management, fire fighters and various other emergency services like armed personals as they need to carry heavy batteries and communicating devices which need to be lighter, durable and rigid. It will have 8 USB ports, capable of providing 200Watts of power. It could be recharged by connecting to vehicle charging point or just replacing its battery.

Later this technology can be developed for common people to charge their phones or tablets, by just connecting their devices to belts or vest.