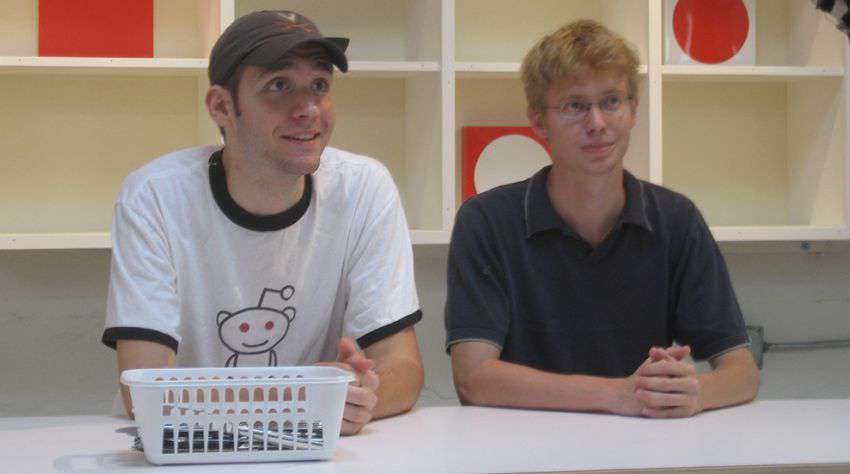 Alexis, born on April 24, 1983, based in the Brooklyn borough in New York City, is an American internet entrepreneur, activist and investor. He has graduated from the University of Virginia in 2005, with degrees in commerce and history.

Steve, born on November 12, 1983, is an American web developer. He is a graduate of Wakefield School in The Plains, Virginia. He attended the University of Virginia and majored in Computer Science.

Idea of Steve led by Alexis

Their journey to the world of entrepreneurship started together with the support of Steve Huffman’s programming hero Paul Graham. Steve just dreamt of building a mobile food ordering app, and discussed this idea with his mate Alexis. Alexis on his trip to Singapore for ‘technopreneurship’, discussed the same with one of his favorite teachers, and got the first positive unbiased response. From there Alexis mailed Steve that he received a positive response for their idea and his teacher is ready to help them, Steve told him about Paul’s conference in Boston.

After coming from trip Alexis, who didn’t even know who Dr. Graham was sent to talk to him about their idea. At first they were turned down in disappointment. But on the way back home, they got a call from Paul saying that he likes them more than the idea.

In his conversation with them, Paul asked to build the front page of Internet. This led to the birth of Reddit, which was actually built in three weeks. It had been just a simple site at first, which was the base and most essential part of their business. Reddit proved to be a great success for both of them.

Reddit was just the start up kick, for Alexis, after that he never turned back. He builds many other startups like Breadpig, Hipmunk, etc. Alexis says that “I want to stay hungry, I really believe my resources are best used to help projects that make the world suck less”. In 2010 Alexis launched his company Das Kapital Capital, which funds the new startups. He always thinks outside the box, he says that he is delighted, when he sees business ideas disrupted from outside. Alexis is also a social worker and activist.

Reddit was acquired by Conde Nast in 2006. But this did not let Steve go down at all. He came up with yet another successful start-up called Hipmunk with none other than Alexis. A Hipmunk is a travelling based website which lets the user find the hotels and tickets at one go. Being not just a great programmer, Steve is also a powerhouse full of innovative ideas to let the world get rid of numerous daily basis problems.