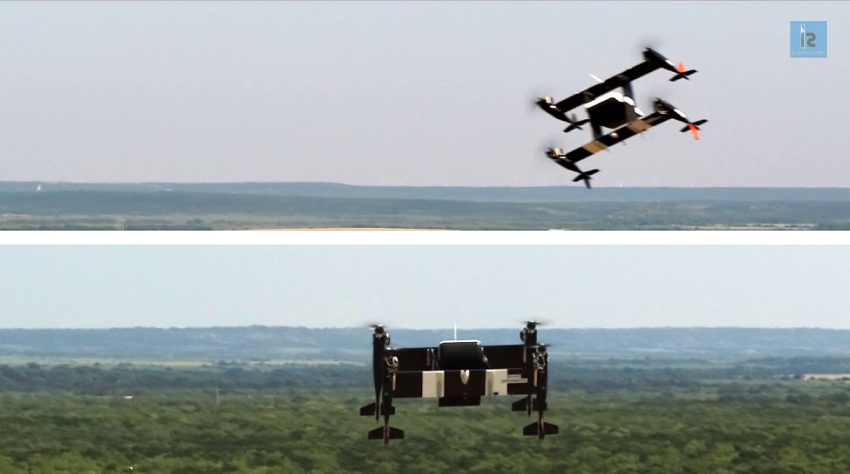 Bell Textron Inc., an American aircraft manufacturer, has successfully performed a test-flight with its autonomous cargo aircraft named Autonomous Pod Transport 70 (APT70) at its Fort Worth-based testing area on 26 August. This craft is a preliminary version that Bell has manufactured with a desire that it will be used as a small autonomous cargo craft commercially in the near future.

APT70 is a vertical take-off and landing aircraft equipped with four rotor blades to produce lift and thrust for the operation during flight. The top speed of this craft is measured across 100 mph and it’s capable to carry approx.70 pounds of weight on board. This cargo aircraft has been made to carry luggage, perform package delivery, transport humanitarian, and to be used in rescue missions.

According to the company, this vehicle can be easily power controlled and can fly with higher speed than other similar weighted and sized rotor-crafts, due to its rotors’ working model. In the applied model, the orientation of the vehicle’s rotors can be switched from vertical to horizontal and vice versa quickly during its operations.

Bell is expecting to participate in a demonstration named Systems Integration and Operationalization, which NASA organizes in order to surge Unmanned Aircraft System (UAS) functioning into National Airspace System (NAS), in 2020.

The Vice President of Innovation at Bell, J. Scott Drennan states, “We are excited to reach this milestone, and look forward to continuing to advance this technology for our customers.” He added, “The APT is designed to be capable of various mission sets, from package delivery to critical medical transport to disaster relief. We believe this capability will change the way unmanned aerial systems are used commercially in the future.”

The 10 Most Innovative Solution Providers in Food & Beverages 2019 August2019