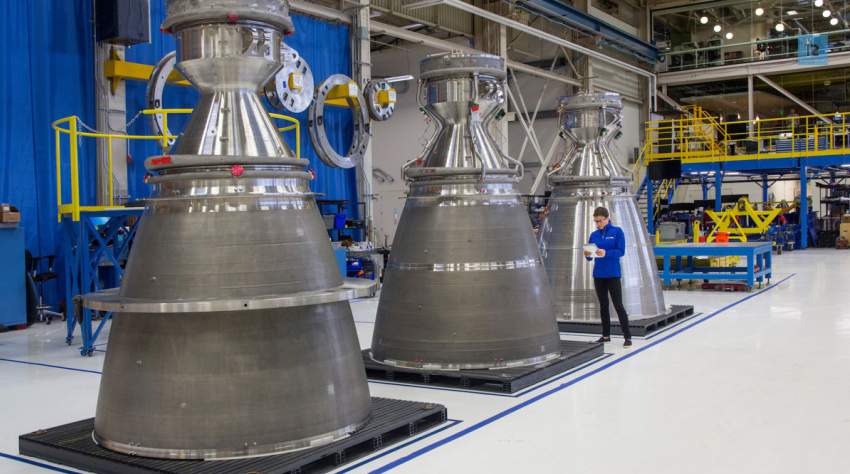 According to Twitter post, Blue Origin, the Washington-based Aerospace manufacturer and sub-orbital spaceflight services firm is about to open its new rocket engine production facility in Huntsville, Ala. This new center would be able to perform operations on a higher rate than the current possible production rate.

As per the Blue Origin’s words, the company is using its in-development BE-4 engine for its own New Glenn rocket and for dispensing the United Launch Alliance through its new Vulcan Launch vehicle. New Glenn rocket was the company’s first orbital launch vehicle for which BE-4 engine was originally designed specifically. In 2014, after being equipped in New Glenn rocket, ULA has decided to use the engine to power its own new generation Vulcan spacecraft. BE-4 engine uses liquid natural gas and oxygen mixture to produce thrust of 550,000 lbs, and was designed from the bottom up for heavy lift functionality.

Blue Origin has planned to develop BE-3U engines in its new facility which will be used to power the New Glenn rocket at its second stage. The company has declared that it will supply the initially produced two BE-4 engines within its fiscal year 2020 with deliveries to ULA to hook them up on the Vulcan vehicle for the first static hot fire tests. The spacecraft manufacturer also aims to launch its New Glenn rocket equipped with the engines as its first test flight in 2021.

Autonomous Vehicle Manufacturer, Tesla, to Raise $2 Billion Against its Stock