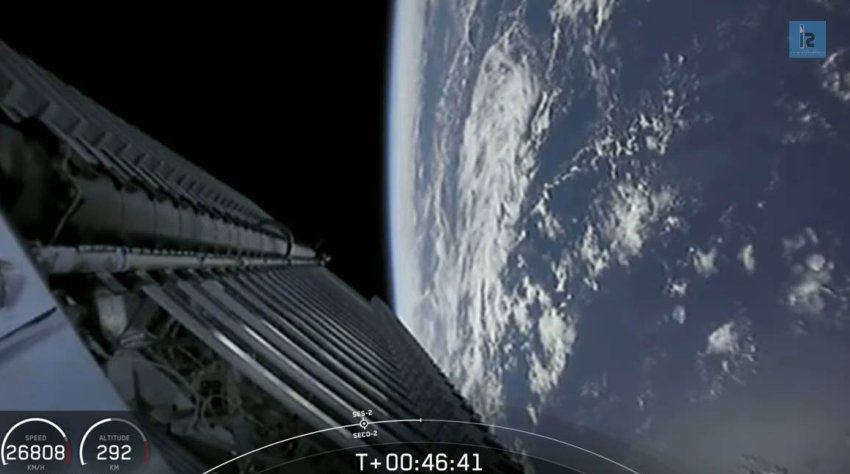 SpaceX, an American aeronautical manufacturer has successfully launched an additional batch of 60 Starlink satellites into the orbit, securing the future of broadband service satellites count to 300 since its initial launch in May 2019.

SpaceX’s CEO Elon Musk  said, “Starlink needs about 400 satellites to provide ‘minor’ coverage and 800 for ‘moderate’ coverage of North America. Starlink is aiming to light up the broadband service in the US and Canada in 2020, aiming to engulf the populated world by 2021, after about an additional 22 launches.”

During SpaceX’s fifth Starlink mission on Monday, the launched vehicle, Falcon 9 failed to complete its 50th successful landing of a booster.. The booster must be  captured, on its return to Earth, by one of SpaceX’s drone ships in the Atlantic ocean. “We did not make the landing this time,” said Lauren Lyons, SpaceX Starlink engineer in the webcast of the operation.

SpaceX stated, “its Starlink network will initially comprise 1,584 satellites. These satellites will operate in lower Earth orbit. The company has approval from the Federal Communications Commission to operate 12,000 satellites and plans to seek permission for up to 30,000 more, totaling 42,000 spacecrafts.”

Monday’s launch is a part of the private spaceflight company’s on going  plan to create a massive constellation of small broadband satellites. With this launch, it brings SpaceX’s flourishing constellation up to nearly 300, making it the largest in orbit.

Autonomous Vehicle Manufacturer, Tesla, to Raise $2 Billion Against its Stock

Putting the "Silicon" in Silicon Valley