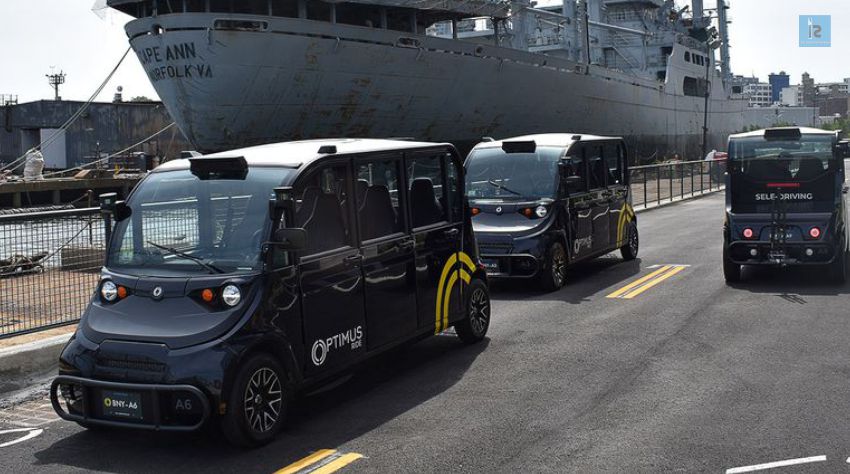 Optimus Ride, a self-driving startup, has started its operation of self-driving shuttles to pick and drop passengers on the roads of Brooklyn in the state of New York. It will become the first company that operates a commercial self-driving service.

The company ensures that it won’t create any difficulty for pedestrians, bike riders, cars, and taxis on busiest roads of New York. Even, Optimus Ride has announced that it is initializing its services within Brooklyn Navy Yards which is a private commercial development area spread across 300-acres.

These autonomous vehicles consist three rows with six seats for passengers and a safety driver with another observing staff on board. The running service loop will cover entire complex on all seven days a week with no cost for now.

In an interview, the CEO of Optimus Ride, Ryan Chin has stated “At a macro level, autonomy here in New York City is a beacon for the rest of the world.” He added, “The prime minister of Japan can come here, go to the Navy Yard, and see our system. The mayor of London can come here, and do that. You can imagine the whole world coming here very easily.”

Optimus Ride offers a stop at a new shuttle landing on-site which will allow the passengers to acquire a seat easily for their last-mile necessity. These rides have been in operation in different locations including Virginia, Boston, Massachusetts, and California, across the US.

The Brooklyn Navy Yard provides a perfect and unstressed environment to deploy a commercial self-driving service. This 300 acre area contains entirely private roads free from the public transportation rules and regulations, and receives an engagement of around 10,000 workers on daily bases.

Ryan asserts, “I think, over time, we can increase the complexity and move beyond just the geofenced area. That’s certainly plausible, but it’s not something near term… doing that is going to be really tough.”

Figurella: Rejuvenating the ‘B’ in Beauty