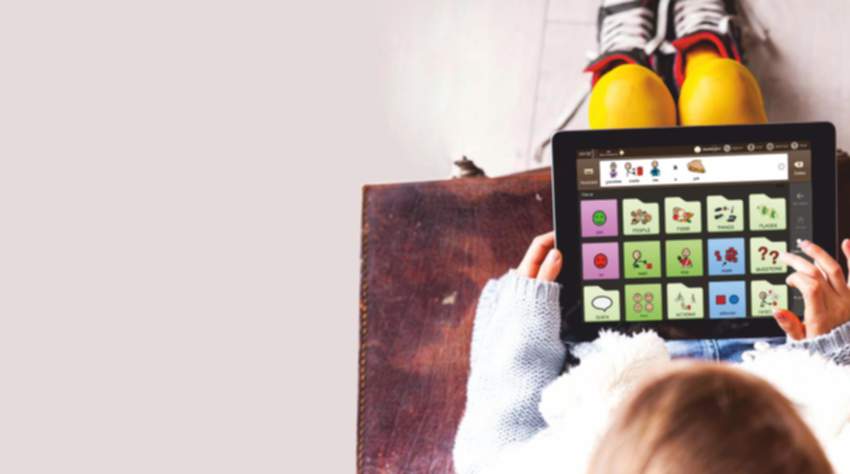 The solution to Autism can now be found within the software environment, The term Autism, is a variable developmental disorder that appears by age three and is characterized by impairment of the ability to form normal social relationships, by impairment of the ability to communicate with others, and by repetitive behavior patterns, people with this kind of problem tend to be in a situation where they cannot communicate easily with the people around them, this could  harm their social life. To meet up with and provide a solution to the needs of the people with autism trait, Ajit Narayanan invented an application called Avaz, India’s first Augmentative and Alternative Communication device for children with disabilities, he is an awardee of the National Award for Empowerment of Persons with Disabilities.

Avaz is the primary app for autistic children, priced at Rs 7,900 on the app store, the company has also launched an add-on app priced at Rs 800.

Autism on the slide

Ajit Narayanan has shown visiting Apple executive a lowdown on Avaz, which is an iPad app that helps speech therapists teach autistic kids to communicate. As Narayanan shows how autistic children can learn to string sentences using the pictures in the app, Schiller gets deeply involved, even trying out a few phrases himself. Clearly, this is an example of what Phil later explained as a great leveling through technology, “This is an opportunity that did not earlier exist”.

“The point out there for everyone to grab in this development is that, whatever opportunity one has to help people that could improve the lives of individuals, even a slight tip, should always be encouraged because it is sure going to bring much more relief for the public. The opportunity that you want to create for the people should be weighed to get on how good and lucrative it could be… to the extent that it increases diversity and the creativity of people… the whole world wins when this a big expectation out of every new idea and actually interesting when it becomes obtainable.

The Narayanas idea is doing just great, especially in educational environments. Avaz is now used by children with special needs all over the world and even the Tamil Nadu government purchased 197 Apple iPads with a Tamil version of the app pre-burned for children with special needs at aiding schools in the state. The program will start rolling in the next academic year in Tamil Nadu.

Narayanan’s who used to in Silicon Valley in India, but later decided to leave the company to start a new journey with Avaz  in 2007. “I just wanted to become an entrepreneur and was not very sure what to do. I hung around with some professors of mine from IIT Chennai hoping to get inspired,” he says, sitting in Avaz Inc’s new office on IIT Chennai’s brand new research park campus. Narayanan started helping out at Vidya Sagar Centre for Special needs in the city, alongside some of the institution professors,.

Narayanan is fascinated by looking at language from a science perspective. “I started investigating the boundaries of language… what’s the difference between Bengali and Tamil or Japanese and Spanish… also what the thread that binds them that helps a two-year-old pick it up? That seems to be a remarkable property in all languages,” he says.

While Avaz is the primary app for autistic children, priced at Rs 7,900 on the app store, the company has launched an add-on Rs 800 app called free speech which lets them intuitively string together more complex sentences. Free speech also offers the therapists a precise way of knowing what level the child has reached as it offers analytics at a granular level. The two apps together have over 50,000 downloads worldwide.

The larger opportunity is that this technology, because of its deep understanding of language and its pattern-based structure, could be of use beyond children with special needs. Narayanan elaborates: “If this can be used by a child with autism, can it be used by any of us to communicate in any language?”

Avaz Inc has its office in IIT Chennai’s Research Park.

While companies like Google are also working extensively on language technologies, powered by artificial intelligence and machine learning, Narayanan is more keen on figuring out if there is a simpler way to reach there.

“The teams here are also working on Google’s technologies like Tensor Flow to augment what we are doing, but the approach is very different,” he chips in. For instance, Avaz was created with a conscious design decision that it would work offline.

Google products, on the other hand, need to pull in information from the cloud on a real-time basis. “The approach we are taking is that there are a lot of data available, and can this be converted into a small set of rules which can capture the pattern in this large amount of data,” he explains, adding how language is very pattern driven.

“One of our core inventions is a very concise way of capturing linguistic patterns from this enormity of data and using those patterns to express language.” The engine he uses, Narayanan explains, is only about 10,000 lines of code. “That makes it elegant,” he says, adding how a lot of companies now just have a “brute force way” of tackling such problems because of the amount of data available out there.

Being careful not to “over promise”, Narayanan says his domain and application areas are very focused at this point of time. “We are working for kids with special needs, trying to learn a new language.” But over time he has noticed that there are adults too who use the app, for language learning or because of disabilities.

The scope and reach of Avaz

However, he is unsure if his technology can help someone with a stroke overcome the resultant communication hurdles. “That requires more research. Also, the therapy regimen for someone with autism is different to what you would have for someone with stroke.” But Avaz Inc has been expanding its outlook and has already launched a new app called Chong Chong English for Chinese children who want to learn English. So there are three staffers in China, along with the 15 in Chennai and a linguist in the US.

Also, Avaz has been focusing on the iOS ecosystem, because Narayanan thinks the special education market is dominated by Apple. Narayanan, the only Indian developers to have given a talk at WWDC, underlines the help he has got from Apple which considers his app “special”.

“One thing I have realized working with Apple is that their relationship with developers is a little less transactions that most other big companies,” he says, adding how Cupertino seems to be looking for people who can develop magical experiences and not necessarily those who come with the promise of app store success. Invention Labs have received government grants and loans of about Rs 40 lakh from Department of Scientific and Industrial Research and a bank. Narayanan, who has been granted 28 patents by the US authorities, is now scouting for venture capital funding or a strategic investor. “Apart from patents, we will evaluate the company on the team, market size, differentiated technology or intellectual property,” said Sandeep Singhal, managing director of Nexus Venture Partners, which manages around.

To help the world run faster and smoother, yet with a more comfortable means to see to the needs of every category of people outside there, we have to find such concept like the one provided by Mr. Ajit. E really need more of him in the world, with more and better ideas because the public needs to be catered for geniuenly.