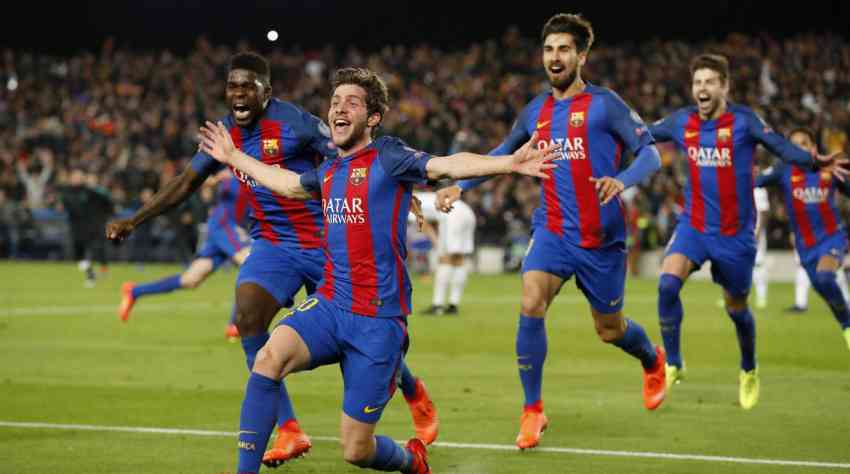 If you want to know what football is really about, it can’t be anything better than this. Barcelona came back from a 4-0 deficit to Paris SG from the first leg of Champions League top 16 knockout stage and won the match 6-1 to go through to the quarterfinals on aggregate. It was nothing less than a miracle to see the Catalans outdo their opponents, in a fiercer night, in every aspect of the game. Barcelona have progressed through to the round of 16 for the past 9 seasons consecutively.

Luis Enrique’s side scripted history, as no team has ever overturned a 4-0 first leg deficit to progress. The night started without any strong hopes for the Catalans, as even a strong performance by the team led by Messi looked like an unimaginable feat to achieve.

Though Barcelona wouldn’t go out without a fight. They were 2-0 up by the first half and looked fierce on the counterattack. Messi scored a much controversial penalty and made it 3-0 by the 50th minute. Then 12 minutes later Edison Cavani scored a crucial away goal for PSG. By now the score was 3-1 and most onlookers gave up on the idea of a Barcelona comeback. The scored remained like this for more than 25 min when Neymar scored to make it 4-1. Three minutes later Neymar again scored from the spot to make it. Now few some very hopeful fans started to believe that maybe Barcelona can do the unthinkable here. While PSG were looking to hold on to their away goal advantage. And then 6 minutes into the injury time an unlikely hero Sergio Roberto struck a flying volley from close range to send the crowd at Camp Nuo into hysteresis and to complete a magical comeback to send Barcelona through to the quarterfinals.

Though the game was marred by few controversial penalties awarded to Barcelona, there was no doubt of the quality of the players at Barcelona. The only drawback from this game is for PSG, who let a 4-0 lead slip away, and now they will rue the chance they missed. This is what the beautiful game is all about.