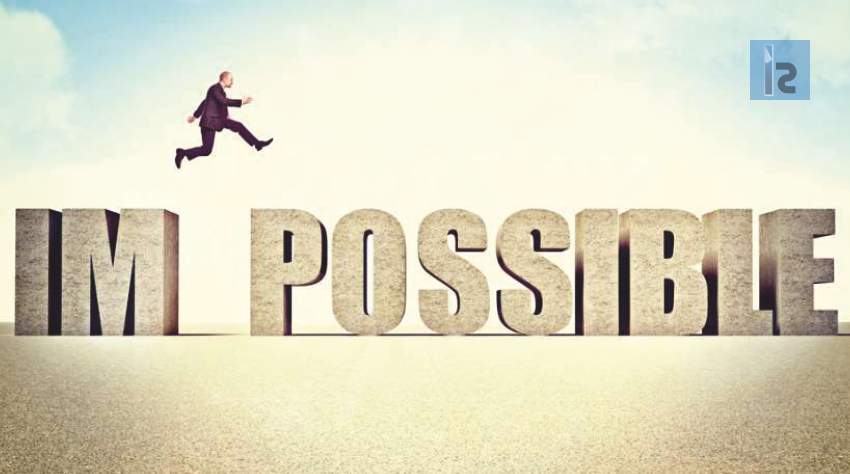 There are certain practical methods that anyone can adapt to move towards the impossibility. The social heroes, scientists, philosophers and even athletic sportsmen who break the world records always practice these principles knowingly or unknowingly and sooner or later they succeed in achieving the feats that are characterized by the general population as impossible.

There is a saying that goes like this –“Start by doing what’s necessary; then do what’s possible, and suddenly you are doing the impossible.”

The 10 ways are described below that enables an individual to prepare to do the impossible.

High performers have this one thing in common that they truly believe in who they are. The power to do what the person desires always remains within and just a strong belief in him is necessary to ignite the power. Anyone who wants to motivate himself must have clarity of the goals and trust both his will and ability to achieve them.

Commitment to Do the Best

Commitment is the initial basic need to start with practice. The mind should be wrapped around commitment to get motivated. The individual should also commit to getting the job completed in a much better way than possible at any moment. The planning, actions and controlling mechanisms come later but there is a requirement of making efforts for the actual work and beginning with the end results in mind that’s possible only with strong commitment.

Written goals weigh high on the mind and also ring in the clarity. Therefore a notebook and a pen are really strong weapons. Auto-suggestions and other motivating sentences usually affect the mind positively. It is advisable, to begin writing with the phrase, “I am” and then proceed to other motivations like “I want”.  Imagination plays the crucial role here. Imagination about the future self and visualizing a whole picture in the mind about the scenarios of success makes it easy to prepare for doing the impossible.

The meaning of being able to do the impossible can be decided in advance. This takes another approach to first determine the current limits possibility by considering all factors that come into play. It is required on part of teams and individuals to brainstorm with a pen and paper, revising, reediting on ideas and questioning the ways to solve the performance issues. The outcome form this brainstorming activity is smart goals that are specific, measurable and time bound.

Taking these breaks is necessary for getting reenergized to work throughout the day and stay motivated. Walking around the office corridor by getting away from the desk, for example, is good for physical relaxation. High performing people are known to have taken short break from work once in a month and a long vacation once a year.

Many psychologists believe that our brain can be trained to do something that we don’t with reinforcements. The inner potential can be gradually enhanced through positive interventions and repeated feedbacks. Reinforcement is essentially creating a feedback loop for the actions in the form of favorable and unfavorable consequences.

Positive reinforcement – It involves rewards for a job well done. Little things that make people happy like dining out for a dinner can be planned even for goals and sub-goals. The winner in many cases is not the person who can do the best but the person who keeps doing it long enough.

Negative reinforcement – It involves taking something away. It can be as simple as keeping things like mobile and TVs that divert the attention from goals away. Staying motivated for the longest time is the sure way to cross the boundaries and enter the realms of impossibility.

The Necessity of Sacrifices

Sacrifice is the way of consciousness to remove the strongest of obstacles that the person was holding on to. Ultimately this could be the most difficult stage, but nature works this way which demands a sacrifice. Those things are required to be sacrificed which are wrongly considered true but in fact, they are against reality. It is necessary to make the individual get rid of the element within himself that is holding him back from transcending the blurred lines to moving from possibility to impossibility.

These steps essentially do just one final thing – expanding the consciousness to overcome the horizons of impossibility and build an unquenchable faith in one-self to do the impossible. The ability to do impossible depends on the mindset of the person and not on resources that he or she commands.

The Process of expansion

There are different stages of our consciousness which we need to transcend. First is ‘The Invisible’ or the unknown things like space or gravity which is unknown three hundred years back. Then there is a stage of knowledge but ‘The Impossible’. In this stage, there is awareness about the reality of a thing in the consciousness but still, it is believed to be impossible to do. The stage of ‘The Possible’ is when the person develops the capacity to do the desired actions which he was only aware of till now. When the person crosses over this stage he enters the area of ‘The Probable’ where the capacities to do have developed but the circumstantial factors that affect the performance are not under control yet. Finally when a person achieves the perfection to perform without failure then the stage of ‘The Actual’ comes where the outcomes are actually experienced. For instance, humans have reached outer planets and are now planning to conquer the extraterrestrial universe.

The key to staying motivated is by remembering why you embarked on your journey in the first place. Only because of a few men who believed in themselves. Whenever the question of possibility comes one should be thinking about the beginning as to why the work was started at all. The answer to this ‘why’ will resolve the most of doubts about the capacity to do the impossible. Staying positive and using some of the tools outlined above will assist the individuals trying to do the impossible.

How Artificial Intelligence is Transforming the Banking Industry